Speeding vehicles in busy village ‘a recipe for disaster’ 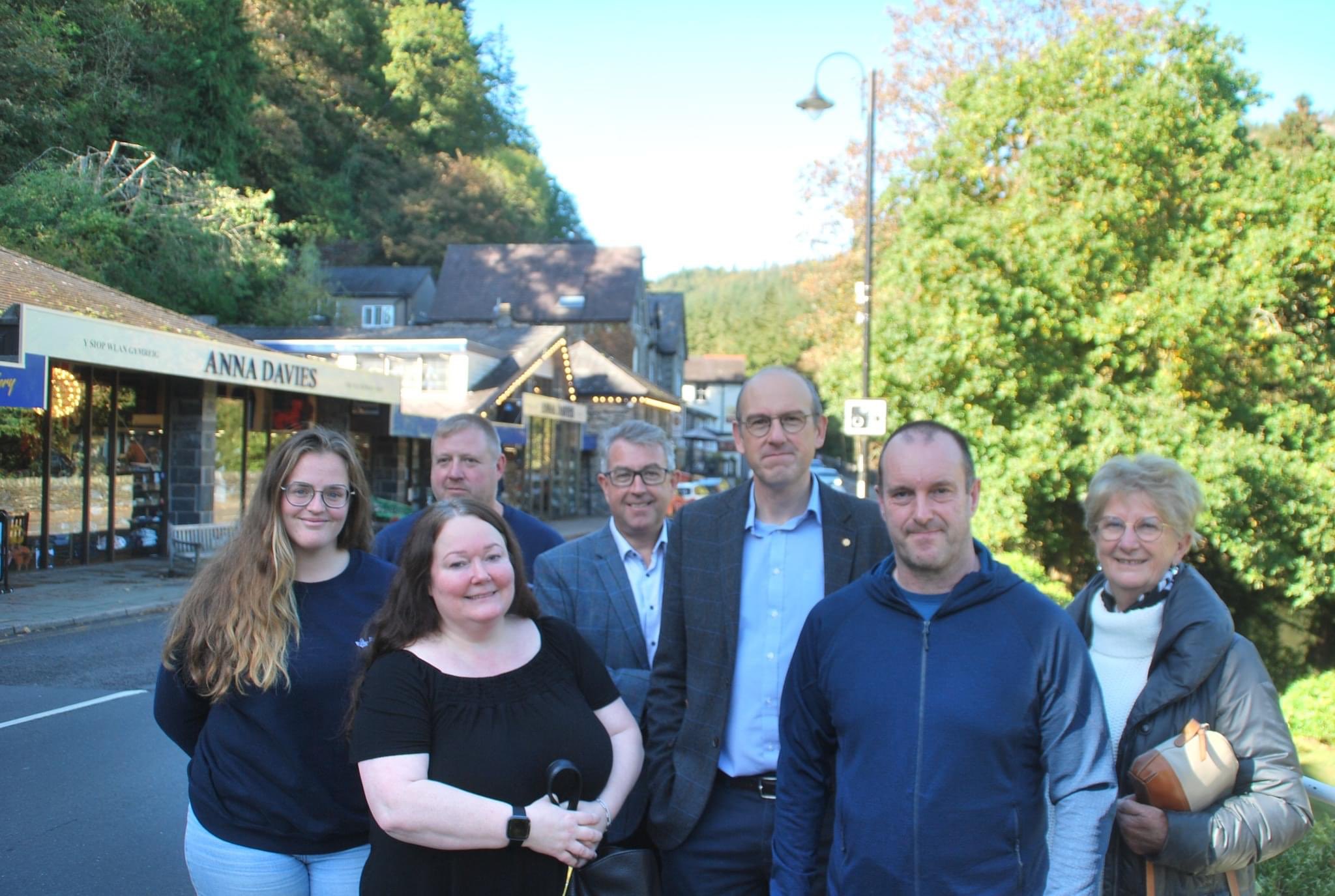 'Do we have to wait for a fatality before any action is taken?'

Concerns with speeding in a number of Conwy Valley communities have been raised by with Plaid Cymru’s North Wales MS Llyr Gruffydd.

Mr Gruffydd met with local councillors, including Plaid Cymru’s Liz Roberts, as well as local businesspeople and residents to discuss the matter in Betws-y-Coed.

Among the problems raised was the speeding that occurs on the main road through Betws y Coed, especially during the evenings when the roads are quieter and some drivers feel able to put their foot down.

Mr Gruffydd said: “It was a very productive meeting and the concern for pedestrian safety among local residents was very evident. During the daytime in the summer and at weekends throughout the year, Betws y Coed is a very popular destination and the pavements can be very full. That leads to overspill onto the roads, which often have large lorries and coaches travelling along them.

“It’s a recipe for disaster and I fully support all efforts to ensure that pedestrians are kept safe. Cllr Liz Roberts and others in the meeting outlined a number of schemes that would take pedestrians away from the main roads and that is a sensible approach. But there is also a need for the North and Mid Wales Trunk Road Agency, which is responsible for the A roads in the area, to be more pro-active in ensuring the roads are safe.

“There are a number of pinchpoints in Betws y Coed that need addressing. I also discussed concerns about speed limits at Dolwyddelan and Capel Curig as well as the need to reduce the speed limit to improve safety at the Zipworld site entrance in the Conwy Valley. I was told that there had been four accidents with cars in the past 12 months alone and that should concern us all.”

"A feasibility study on traffic and pedestrian management is called for in Betws-y-Coed. The North and Mid Wales Trunk Road Agency are well aware of the concerns. I and the residents and businesses in the village welcome any support from the Welsh Government to look at various options that could be introduced to slow down the traffic and ultimately ensure pedestrians safety as a priority.

"The A470 at ZipWorld is a stone's throw from Rhydycreuau Outdoor Environment Centre, where children on their school outdoor activities have to cross the road. We ask again for 'rumble strips' at this junction to slow down the traffic. I know ZipWorld are equally aware for road improvements to alleviate road safety.

"Road haulage through the villages of Dolwyddelan and Capel Curig almost sweep you off your feet, as the drivers travel well above the speed limit and residents and Community Councillors are continually asking to improve speed limit signage.

"When accidents occur on the A55 both Capel Curig and Betws y Coed are the alternative route to Holyhead and Chester - often causing chaotic scenes. Do we have to wait for a pedestrian or motoring fatality before any action is taken?"