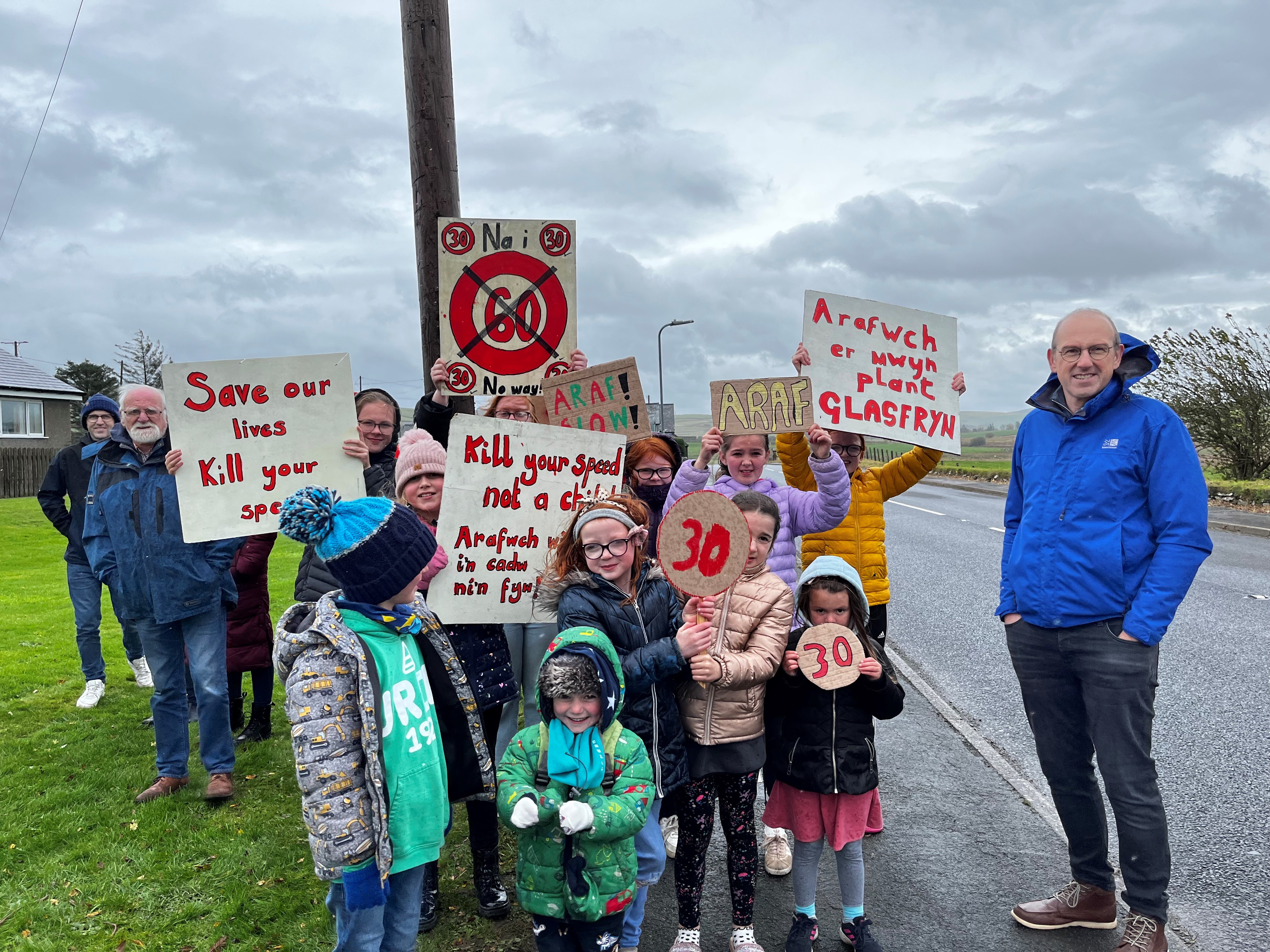 Speeding concerns through a village on the A5 have prompted local residents to stage a colourful protest.

Villagers at Glasfryn near Cerrigydrudion waved placards and called for motorists to slow down as they sped through the only village on the A5, stretching from Holyhead to Shrewsbury, that has no speed restrictions.

The protest was organised by local Plaid Cymru councillor Gwennol Ellis, who said: “There’s a very real fear that someone will have to die before action is taken by the authorities. I’ve raised this with the police and, while they are aware of concerns, they do not decide on speed limits. That’s a matter for the county council and ultimately, because the A5 is a trunk road, the Welsh Government.

“Villagers are quite rightly worried about the safety of children in particular and we will not stop campaigning until the Welsh Government sees sense and the speed limit is reduced to 30mph through the village.”

Also present was Plaid Cymru’s North Wales regional MS Llyr Gruffydd, who added: “While we were on the roadside, it was clear how quickly some vehicles were speeding through the village and it’s clearly a legitimate concern for residents, especially for parents with children. There’s a good case for imposing speed restrictions through the village and I’m fully in support of both Cllr Ellis and local residents in their campaign.

“Waiting for an accident to happen is just not good enough. We need to be pro-active in safeguarding our children and that means reducing speeds through the village.”

A petition calling on the Welsh Government to take action has already reached the halfway stage to being discussed at the Senedd. If you’d like to sign, please click here: https://petitions.senedd.wales/petitions/245278?fbclid=IwAR1XLfyK4SU0rZuiEBWGQc8bu798aHiO4JcrUNcWVO1BeZxYcEgUaEChhZQ