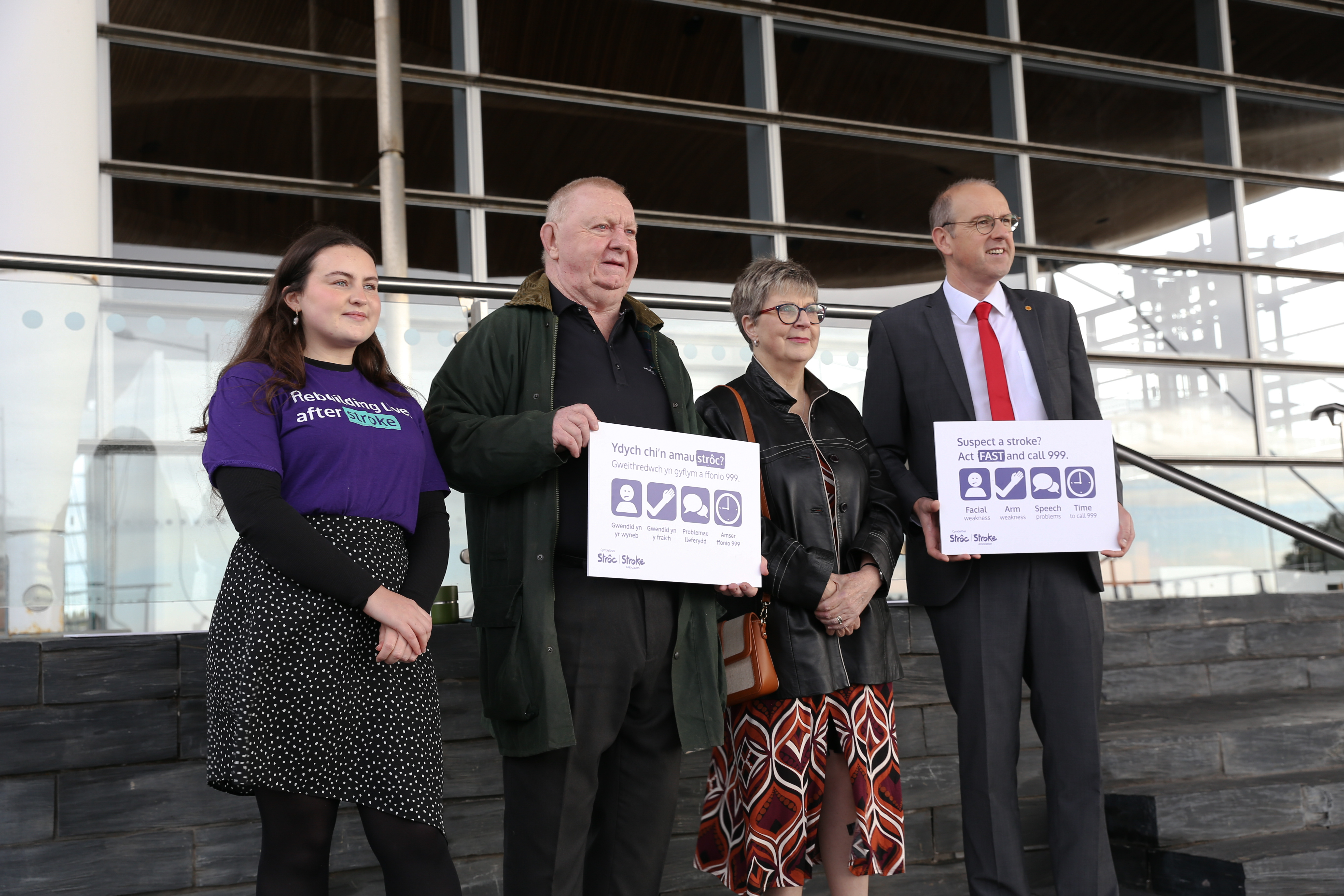 Llyr Gruffydd, the Senedd Member for north Wales is supporting the Stroke Association’s call to ‘pass FAST on’ this World Stroke Day, by urging his constituents to be aware of the need to ‘act FAST’ if they recognise the symptoms of a stroke.

This year’s World Stroke Day (Saturday 29th October) coincides with the 13th anniversary of the Act FAST campaign launch. To mark this moment of the campaign becoming a teenager, the Stroke Association conducted a survey of teenagers (aged 13-19) with some survey questions also asked to their parents.

The new research shows that over two thirds (69%) of Welsh teenagers are unaware of the FAST (Face Arm Speech Time) acronym, which helps people recognise the signs of a stroke and what to do when stroke strikes1.  Furthermore, parents of those surveyed also showed low awareness, with over half (60%) unaware of the stroke awareness acronym.

The charity fears that many people across Wales are not equipped with the vital knowledge of how to spot a stroke and that calling 999 immediately is critical to saving lives and preventing disability from stroke.

The FAST test covers the most common symptoms of a stroke, and can be used to quickly identify the need to phone 999:

“It is absolutely vital everyone knows the symptoms of a stroke, and how important it is to phone 999 as quickly as possible if you or your family are experiencing any of these symptoms. Acting FAST is the biggest and most important thing you can do to save a life and prevent severe disability from stroke.

“I’m pleased to support the Stroke Association this World Stroke Day, and urge everyone in north Wales to ‘Pass FAST on’ today.

“It is also essential that the Welsh Government and Public Health Wales ensures everyone in Wales knows these symptoms, so anyone experiencing a stroke makes the right call and phones 999 straight away.”

“Stroke is a medical emergency and needs an emergency response. The message of Act FAST remains as relevant as ever. By passing it on to all generations, everyone can play their part in helping more people get timely treatment for stroke, preventing deaths and reducing disability.”

“We’ve seen impressive results from previous Act FAST campaigns. These survey statistics show just how important it is that we continue to raise awareness of the symptoms of stroke, it’s worrying that so few know the signs of a stroke. Therefore, we urge the Government to continue to invest in the Act FAST campaign.