Praise for retiring chair over restoration of ancient well 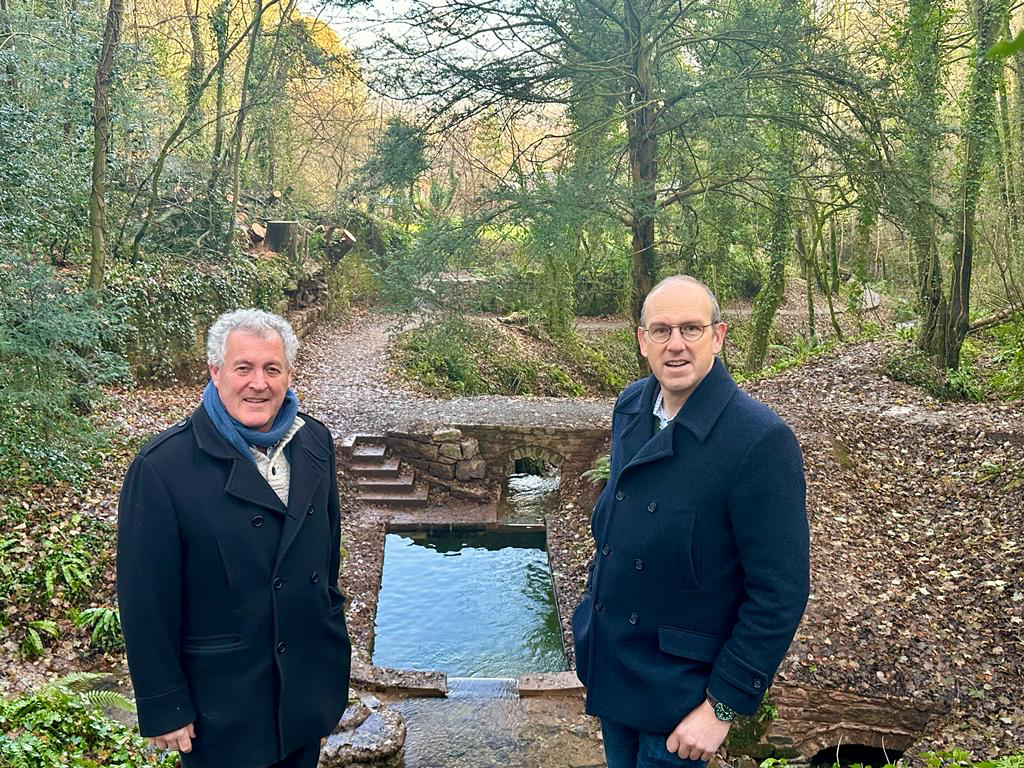 Elfed Williams will stand down in the New Year as the Chair of local Llanrhaeadr Conservation Society charity based in Llanrhaeadr.  He has helped guide the charity over the last ten years in seeking funding and overseeing the restoration of the ancient well and bridges located in the beautiful and peaceful grove next to the St. Dyfnog Church in Llanrhaeadr.

Elfed Williams, who is also the country councillor for the area, said:

"Just over ten years ago a large group of local people met in the village school to look at how we could raise funds to restore the Dyfnog Well site. On the site there are three bridges and a holly well structure.

"The bridges were deteriorating with one bridge especially near to collapse. Initially, we secured funds through Cadwyn Clwyd to carry out an evaluation and consultation process about the restoration.  It then took several years of hard work to secure a sizable amount of money from the Heritage Lottery Fund to restore the site.

"Over the last ten years it has been an honour to lead a wonderful team of local people and contractors who have worked hard to ensure that the project can be completed.  The work on the bridges and well structure have now been completed and a hard surface footpath has been laid from the area opposite the King’s Head all the way up to Dyfnog Well.  We have installed information boards in the middle of the village by the pottery, in the church and we are waiting for the last panel to go into place any day now which will be located up by the well.

"The Board of Trustees will remain in place but work from now on will be at a much lower key with maintenance of the site being a priority from now on.  I would like to wish them all the best with their future work on the site and to thank everyone that has helped over the years."

"I came to visit the site when work was in its early stages and returned today on the completion of the work.  I am impressed with the work that has been carried out and how accessible the site has become.  On my first visit the path at the lower end of the site use to be narrow and muddy but now there is a purpose built boardwalk and the rest of the path makes the site that much easier for nearly anyone to reach the well.

"Elfed and the team deserve praise for the work they've done to restore this tranquil spot."