A leading civil engineering firm based in north Wales has been praised for its commitment to training local apprentices.

Jones Bros, which is based in Ruthin, takes on 80 apprentices annually – 50 craft and 30 higher apprentices. The civil engineering firm employs about 500 staff and invited Plaid Cymru’s North Wales MS Llyr Gruffydd to meet the latest batch of apprentices being put through their paces.

The group, from across the North, were learning their skills at the old North Wales Mental Hospital site at Denbigh.

Mr Gruffydd said: “Jones Bros is a relative rarity – a large firm with its roots and its headquarters here in Wales. That’s important because they have capacity to bid for bigger jobs but also keep the money turning within the Welsh economy – so much of our public procurement sees money being lost over the border to larger companies and we need to see far more imaginative use of our limited funds to support Welsh enterprises and workers.

“Jones Bros is also unusual because it provides high-quality accredited training from its own in-house training centre. It was good to meet the new apprentices, who are just starting on a journey and will hopefully be able to stay in the region and earn good money in the future. We also discussed the frustrations facing companies because some procurement frameworks aren’t working as they should for local firms. Far too often, the contract cream in terms of management fees and profits as well as senior professional roles ends up leaving the region. Wales needs better paid jobs to ensure young people can live and work in the region.” 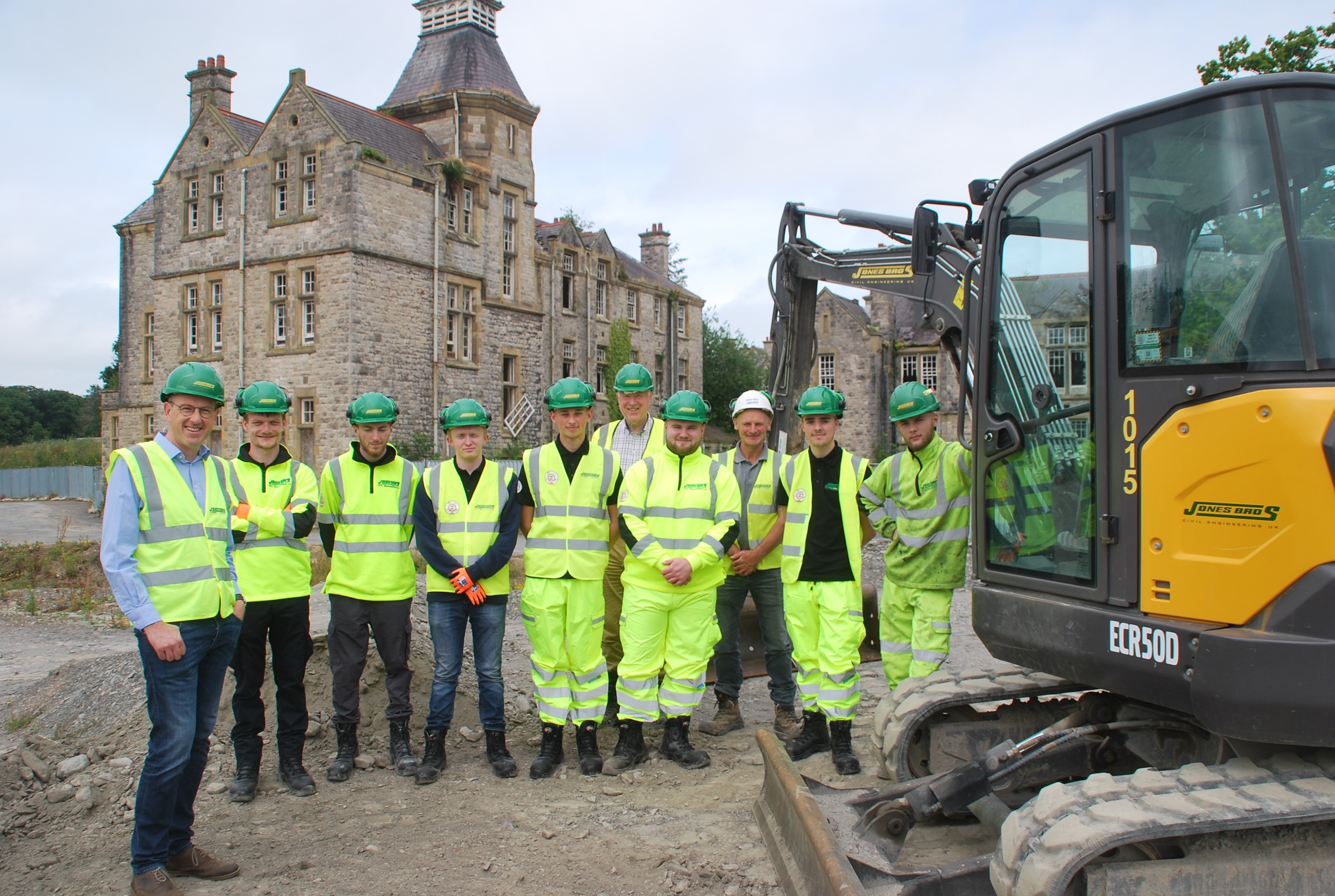