Plaid Cymru's North Wales MS has welcomed the re-opening of the Denbigh Men's Shed project at Trefeirian on the outskirts of the town, describing it as a "lifeline in challenging times".

Llyr Gruffydd visited the site and met with Men's Shed coordinator Nathan Sarea as well as volunteers at the project, which has created an extensive garden and also provides opportunities to learn new craft and skills.

Mr Gruffydd said: "The Men's Shed project approached myself and local Plaid Cymru councillor Rhys Thomas due to being closed out of the site earlier this year by the owners of the building, Betsi Cadwaladr health board. The reasons given were curious, to put it mildly, and the potential damage caused to the project and the many dozens of people that rely on it for their health and self-worth was considerable. The health board failed to take this into account.

"We, and others, lobbied extensively for the health board to reconsider the decision and, in fairness, they have now accepted that the project needs to re-open to continue the excellent work it is doing for many people's well-being in the Denbigh area."

Cllr Rhys Thomas, who represents the town on Denbighshire County Council, said common sense had prevailed: "I was deeply disturbed to hear that the Men's Shed project had been closed down so abruptly, when it is clearly helping men's mental health. After some coordinated work, I'm pleased to see the health board acknowledge this and allow the project back on site so that work on both the outdoors and indoors spaces. I wish them all the best going forward."

Men's Shed coordinator Nathan Sarea said: "The project has provided support for hundreds of people over the past seven years and has been invaluable in maintaining their mental health during these very difficult times. That's why we were devastated to be told - at very short notice and without proper explanation - that the project was being suspended. The support we've had from the community and from politicians across the board has been a great boost to the project and to be back open is the icing on the cake. Thanks to Llyr and Rhys for turning up at our re-opening and we look forward to going from strength to strength and working closely with the health board to make the project even better in the future."

Mr Gruffydd added: "It's been a very challenging time for many people over the past couple of years and community projects like the Men's Shed have been a lifeline in these challenging times for many people. Volunteers on the project have done wonders in transforming the gardens into allotments and growing their own fruit and veg. Buildings have been brought back into life and the project will now, I'm sure, develop even further now that health bosses have understood its importance. It shouldn't have been closed down in the first place but I'm sure lessons have been learned and a better relationship can emerge from it all." 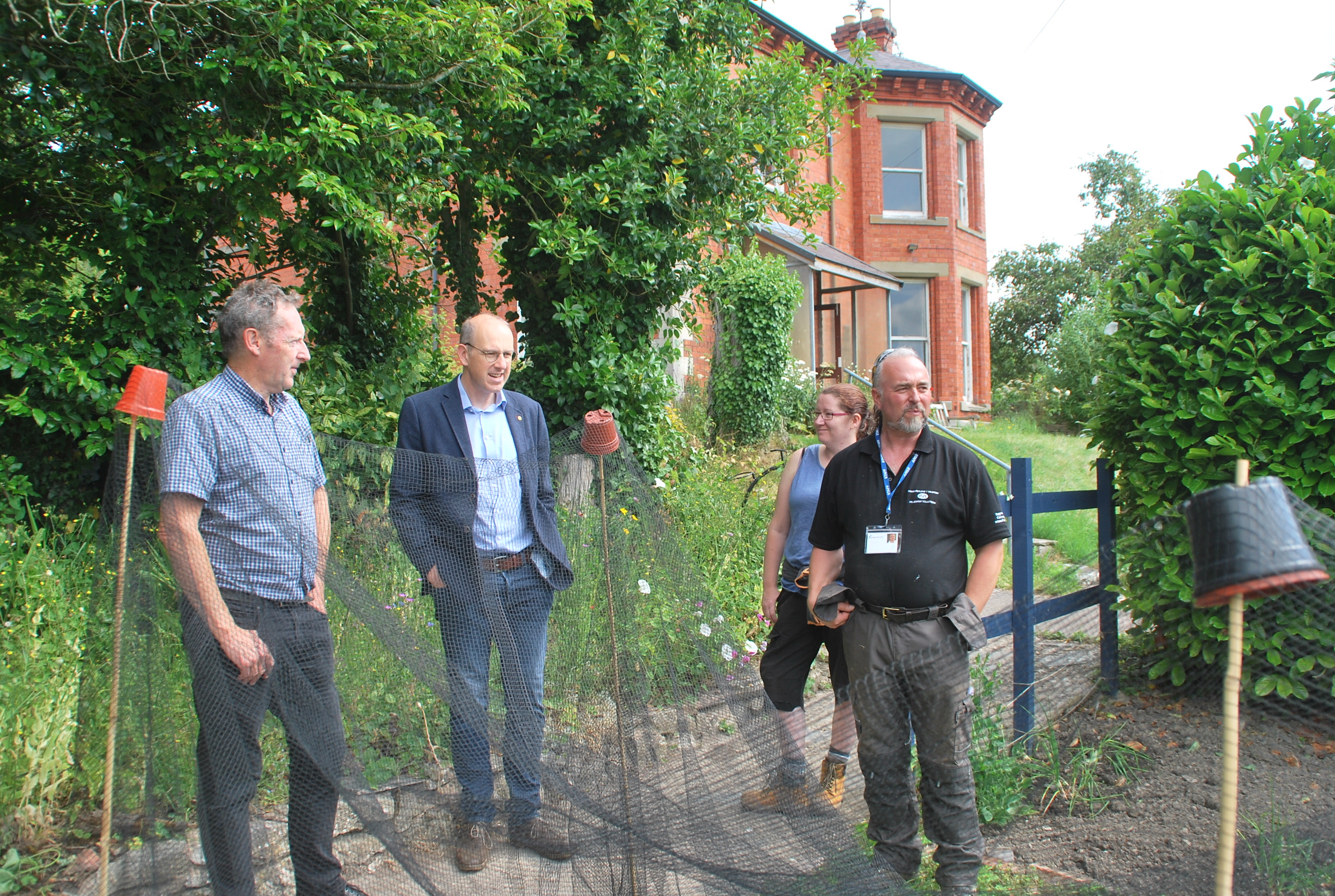