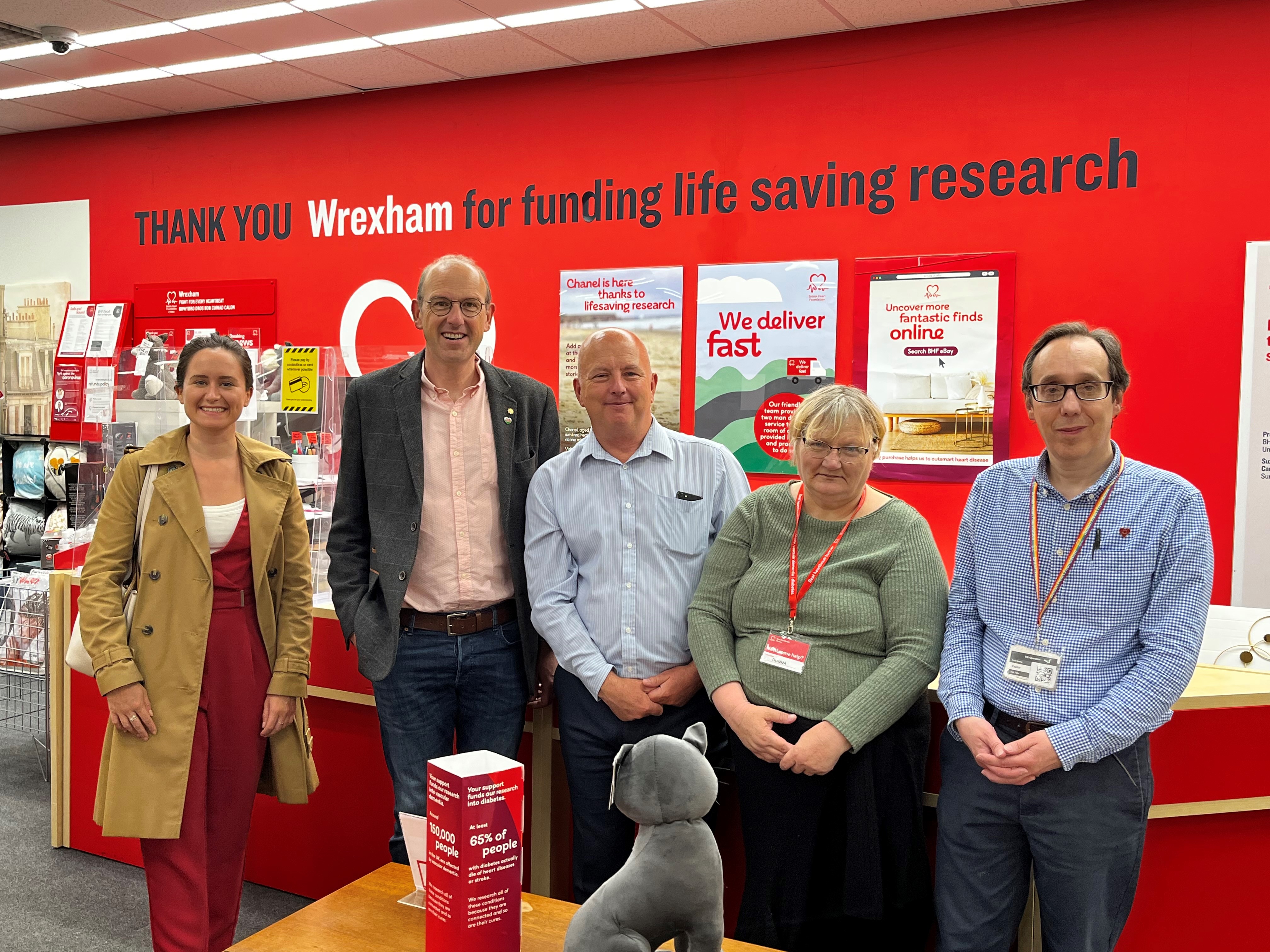 North Wales regional MS Llyr Gruffydd has praised the work of staff and volunteers at one of the largest charity stores in Wrexham, where almost a third of a million pounds is raised for heart research each year.

The Plaid Cymru MS was visiting the British Heart Foundation’s Wrexham store on Regent Street, which deals mainly in furniture and home furnishings, and has a turnover of £400,000 a year.

He said: “It was good to meet staff and volunteers at this popular store and to learn that 80p in every pound spent there goes towards Research. That’s almost a third of a million pounds contributed by just one town in the North – quite an achievement.

“A lot of that is down to the real pride and professionalism of the staff and volunteers – both front of house and those grafting in the rear warehouse area. As a large and busy store, there’s a lot of work going on behind the scenes to ensure a steady supply of furniture and goods to sell. And they all contribute to that valuable contribution to heart research.”