Castle's future in focus for politicians and CADW

Ensuring a secure future for Rhuddlan Castle was top of the agenda when politicians met with CADW officials recently.

The meeting organised by Rhuddlan Town Council took place after a site meeting with Llyr Gruffydd, Plaid Cymru’s regional MS a fortnight previously. Concerns had been raised about the limited opening times for the imposing castle.

Llyr Gruffydd, Plaid Cymru’s North Wales MS, said: “It was a positive meeting with the CADW officials, who explained some of the practical hurdles they were facing in terms of recruiting seasonal staff. I’m hopeful this meeting will kickstart greater engagement between CADW, which runs the castle, and the local community. I’m grateful to the town council for their pro-active approach and hope more people get the chance to see this fantastic castle and learn about the history of Wales.”

Rhuddlan county councillor Arwel Roberts said: “It was good to meet CADW officers at Rhuddlan Castle. We discussed opening times at the attraction and how we could utilise the castle to attract more visitors to the town. As a town council, we’ve also been pushing for flags to be flown and I’m pleased to say that new arrangements will be put in place to move the flagpoles to a safer location.” 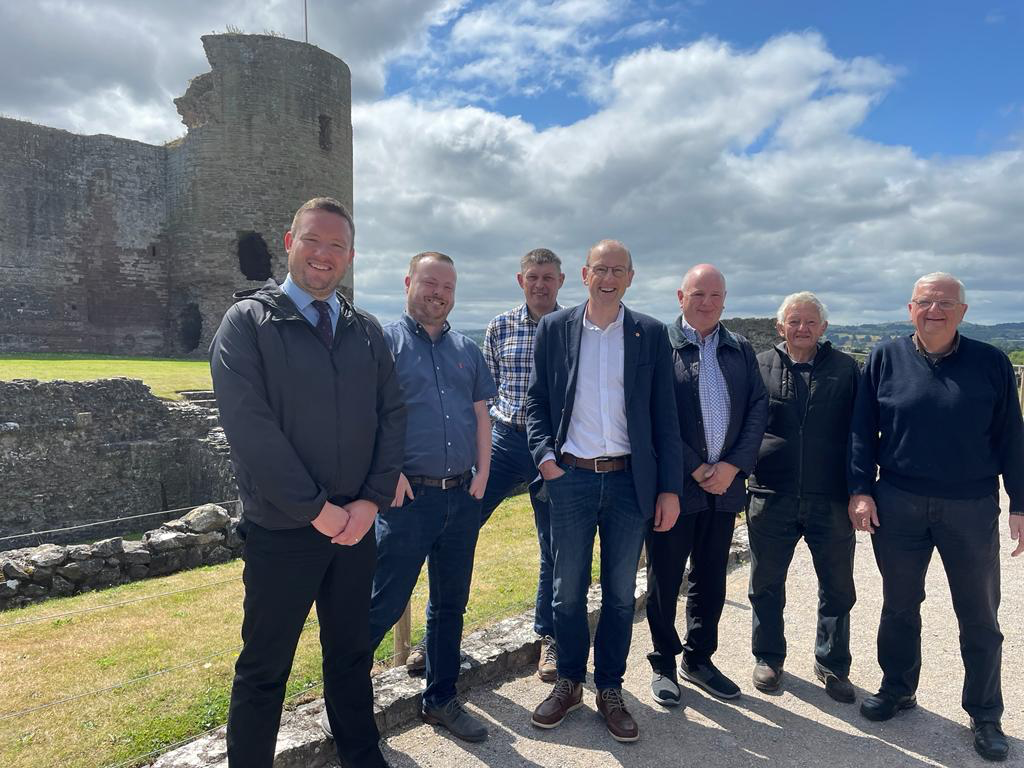