Llyr Gruffydd, Plaid Cymru's North Wales MS, was speaking after visiting Pont Llannerch near Trefnant in the Vale of Clwyd, which was swept away in the January floods, with local councillor Meyrick Lloyd-Davies.

Mr Gruffydd said: "The extreme weather we are experiencing with increasing frequency means historic bridges such as Pont Llannerch are under threat. Local residents have already faced long detours since January and it was good to hear from Denbighshire Council that work is now moving on to assess the options for a new bridge.

"The historic nature of the bridge and the need to future proof it against further flooding means that both Natural Resources Wales and CADW are involved in this project. Restoring a listed stone bridge of this scale is, I understand, going to cost many millions and councils such as Denbighshire will need help to fund such a costly project. We'll await the feasibility study but it's important that the historic stone structure is not lost with any new bridge."

Plaid Cymru Councillor Meyrick Lloyd-Davies, who represents the Trefnant ward, said he was grateful to Llyr Gruffydd for visiting the site: "What we need now is for pressure to be put on the Welsh Government to support the council is replacing the bridge. Local residents have faced long detours and extra journeys because this link between Trefnant and Tremeirchion has gone and I'm concerned that we could be without a new bridge for another year or more without government funding."

Mr Gruffydd added: "I know the council is facing challenges with other bridges across the county and has to future proof many structures against climate change, in particular flooding, as we go forward. It's impossible for them to deliver major infrastructure projects without significant support from the Welsh Government. This is not an isolated problem and so it needs a coordinated programme to ensure we have a sustainable and resilient transport network for the future. Both NRW and CADW should also be making the case for funding to Welsh Government. Otherwise we will be without bridges like Pont Llannerch for many years to come." 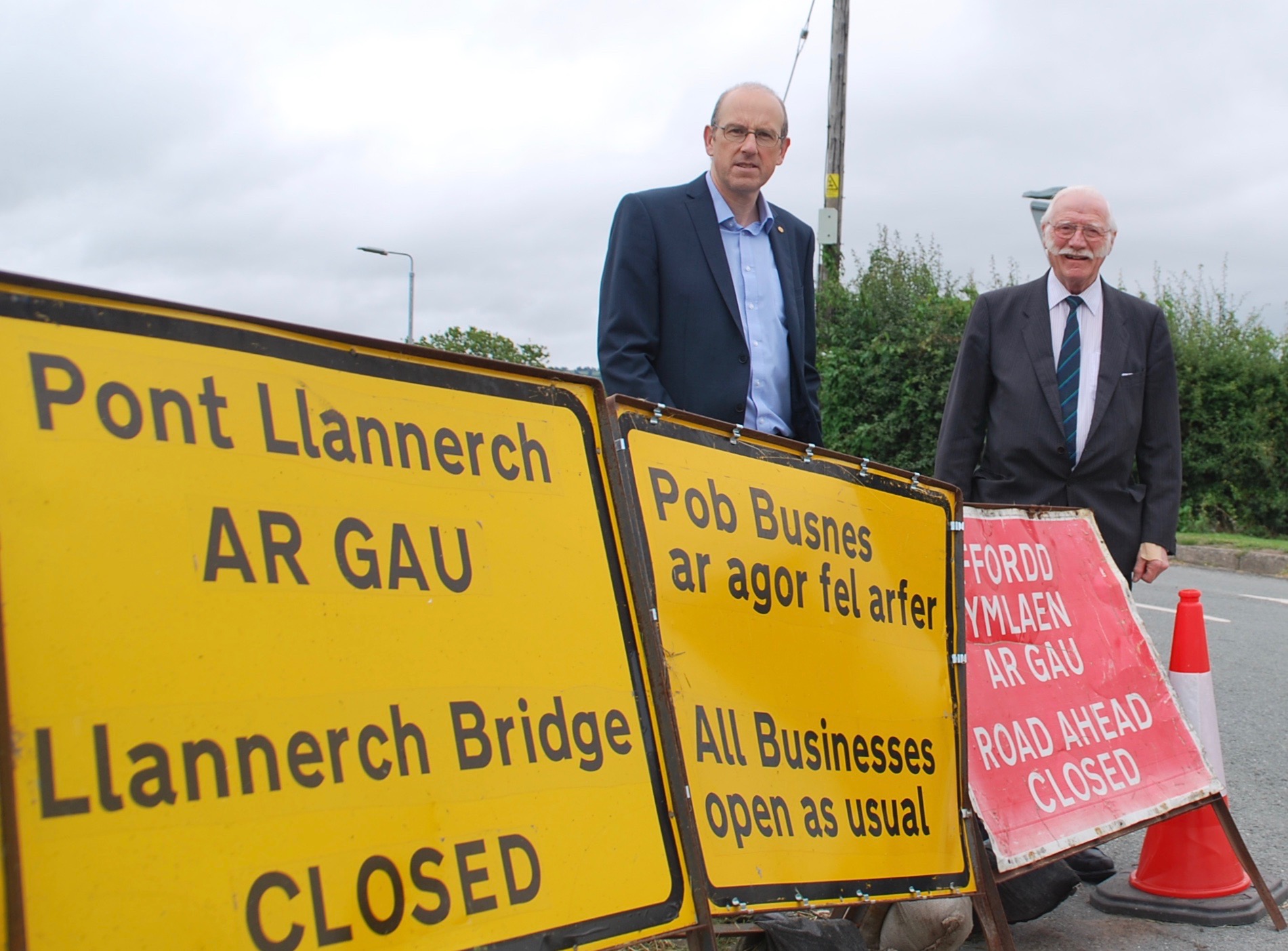